History of the Photo Booth

Early History of the Photo Booth

Today: Modern photo booths come in offer a wide variety of options for printing, sharing at all types of events.

Humble Beginnings
Invented in the 1880s, the photo booth has been around for quite some time. Originally coin operated and meant to be set up permanently in once place, the original photo booth printed black and white photo strips via a chemical process which took almost ten minutes!

Over the next hundred years the process improved, but basically remained unchanged until recent times.

Until the early 2000’s the local American or Canadian shopping center or strip mall was one of the few places you would find a photo booth.

Around the world they were far better known as sources of amusement in arcades and train or bus stations. The most common use for the machine was for passport and ID prints.


Thankfully, in the early 2000’s with the development and application of digital printers and more portable components the Open Photo Booth finally got its freedom. Before long the photo booth for hire industry was born.

For the first time, event holders could bring the once cumbersome photo booth into their chosen location as a source of fun new entertainment for weddings, parties, school proms and corporate events. Stylish, cheeky and clever images started to appear between drinks, dances, awards announcements and mingling. And the guests loved it! 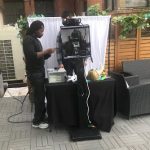 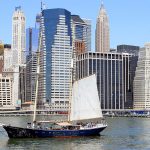